A Nod to Coastal Living

WildTale celebrates the coastal regions of the world. Featuring fresh seafood as well as favorites from farm and field, paired with great wines, delicious local beers and refreshing, creative cocktails in a polished yet relaxed room. 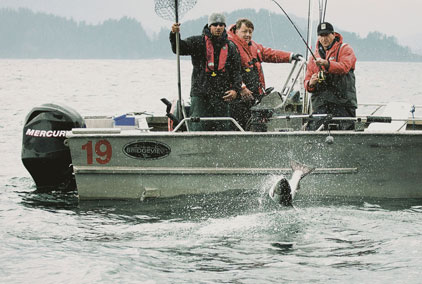 Wine lovers refer to the ‘terroir’ – environmental conditions like soil and climate that contribute to the flavor and aroma imparted to grapes grown there. At WildTale, we love the term ‘merroir’ – flavors imparted by the sea, from the cold, crisp, clear Pacific Ocean to the wild, powerful richness of the Atlantic. This applies to land as well as sea and is referenced in featured items like Yakima Valley Lamb and the bevy of local suppliers and abundant organic produce.

Think wild and fresh seafood dished up in a warm and friendly atmosphere. Inspired by East Coast hospitality, it’s a place where friends return to share stories and connect over great food. 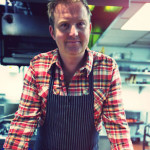 John Crook’s career started out over 20 years ago with a summer job at the Horseshoe Bay Boathouse. Schooled in classic techniques pushed him to achieve more every day and the kitchen’s motto was ‘never settle for just good enough’. The following years saw John training all around the world. Working with culinary luminaries such celebrated Chef Robert Allen Sulatycky, Francois Payard, Thomas Haas and local restaurant mogul, Emad Yacoub taught him as much or more than he ever learned in a classroom… “school can only teach you the basics because when you make pastry cream in school it’s for 3 people and in a professional kitchen it’s for 3000!” Following the dream of one day owning his own restaurant John made the leap and began working at various restaurants in Vancouver, before taking the position of Sous Chef at Glowbal Grill and Satay bar, he began the intense training of how to own and properly run your own restaurant. After successfully opening three locations of The Flying Pig ® with his business partner Erik Heck, they can both realize the dream of taking on a restaurant that they previously worked in together. WildTale is the culmination of that dream and John is incredibly excited to see how this evolves. 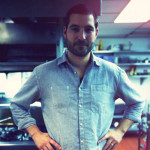 Erik Heck started his kitchen career as many others do, at home under the support and supervision of his parents, who shared their passion for using as many local and organic ingredients as possible with Erik. Who knew that years later he would open a number of restaurants with his business partner, John, including three locations of The Flying Pig ® and now WildTale. On graduating from high school Erik took a job as a dishwasher at Earls in North Vancouver and moved his way up through the kitchen, culminating in his decision to pursue a career in the restaurant industry with a cooking job at Joe Fortes. Starting as garde manger and within three years moved into a Sous Chef position. During an extensive tenure at Glowbal Group, he was on the opening team for The Italian Kitchen as Executive Sous Chef and continued to a promotion at Glowbal Grill as the Executive Chef. Erik made the decision to partner with John Crook to open up their first venture, The Flying Pig, and the dream became reality, leading to a total of three locations. Now, all has come full circle with WildTale opening in the former Glowbal Grill space. Every chef will tell you it’s a fantasy to take over your old boss’s restaurant. Both Erik and John can claim that goal as checked off.